The cradle of cocoa

Ecuador has a millenary relationship with cacao that dates back over 5,300 years ago, when the Mayo Chinchipe – Marañón culture domesticated, cultivated and spread the bean throughout Central and South America.

This was recently discovered by archeological research that determined that the species was originally born in the Ecuadorian Amazon. Specialists from Ecuador, France, Canada and the USA conducted carbon 14 tests on traces of cocoa found in vessels, pots and other ceramic and stone remains from the Palanda area and stablished that the 5300 -5500 years span of its centennial plantations and archaeological traces exceeds in 1500 years previous foundings from the Mesoamerican area, where the words cacaoatl and chocolatl is believed to come from.

The origin: at the Ecuadorian Amazon

The Mayo Chinchipe, the oldest known Amerindian civilization in the upper Amazon, lived in the Santa Ana-La Florida archaeological site, located in Palanda of what is now known as the Zamora Chinchipe province. Remains of houses and ceremonial sites are still there where among other objects found rests a stone mortar carved in the shape of a cacao cob, and bowls with incisions and hollows containing cocoa residues. These ceramics come from tombs or domestic environments which demonstrates the use of cacao for both funerary offerings and daily meals since millenary times. 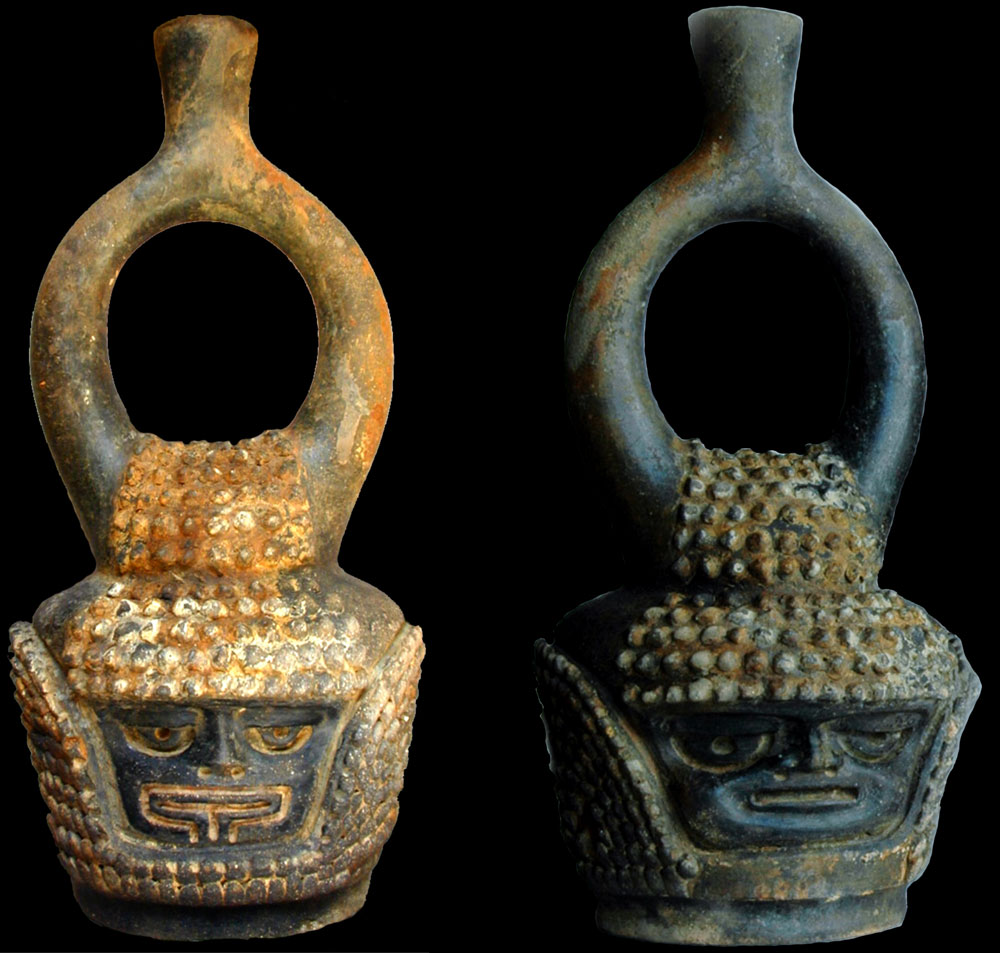 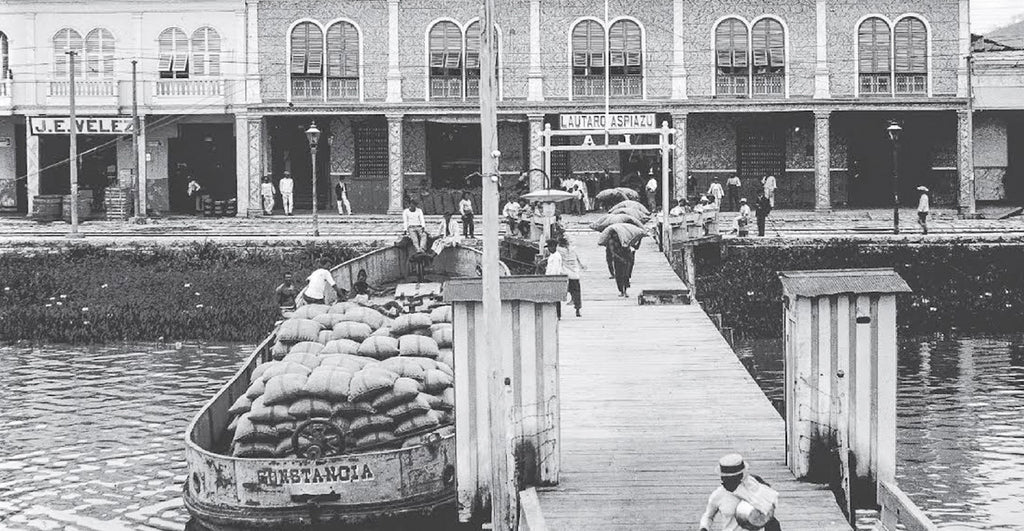 Chocolate consumption in the sixteenth century was exclusive to royalty and high social circles in Europe, especially in Spain; by the eighteenth century it become popular, which led to widespread demand.

The first cacao boom occurred after the Bourbon Reforms, which meant the legalization of the cocoa trade and benefited the Royal Court of Quito, especially the Port of Guayaquil, joining the trade circuit between the colonies of Mexico, Chile, Peru and Spain. During this period, the hacienda system guaranteed the supply of the growing demand in Europe.

Transportation through the Daule, Babahoyo and Guayas rivers, among others, was key to ship the cacao from the plantations to the ports. Thus, Guayaquil became the center for trading the fruit to international markets.

From 1870 to 1897 world cocoa consumption had grown by 800%, the adequate infrastructure, the expansion of the agricultural frontier, the high profit margins added to the experience in managing the agricultural cycle contributed to a period of economic bonanza, which is known as the second Cacao Boom.

The luxurious hacienda houses of the “Gran Cacao” were designed in the French and Spanish style, adapted to the place and with all the comforts to allow their stay in the countryside, in the same way they lived in Guayaquil, London, Paris or Berlin, cities where they had their commercial representations. The imposing constructions of the “Gran Cacao” were the symbol of the opulence and social status of the time.

The old days of the “Gran Cacao” haciendas are having a comeback rebranded as the best sites to experience the Ecuadorian outback and get a taste of the relaxed life in the coastland and Amazonian estates.

Tourist can experience the rural life in the cocoa crops, tasting the fruit, enjoying a delicious cocoa juice, roasting, peeling and grinding cacao nibs to obtain their own chocolate bar or spending the evening with a traditional cup of hot chocolate.

Ecuador, land of the finest chocolate

The national fine aroma cacao is a product of unique social heritage. We not only own the birthplace of the golden plant but also have the best natural setting for it to thrive. Fruity, sweet and rich in flavor cacao beans grow all over the country in the carrying hands of about 100,000 families. It is them, with their daily effort, who have managed to keep Ecuador as the first producer of fine aroma cacao worldwide reaching out to approximately 65% of the global volume.

For its location in the equator that provides 12 hours of daylight year round, the invaluable presence of the majestic Andes Mountains that serves as a natural coolant, in addition to mineral enrichment of the soils in the mainland, the Humboldt and El Niño ocean currents that regulate the inland’s temperature, and for being the cradle of ancestral peoples who, through their millenary knowledge and techniques, domesticated cacao, Ecuador is, for more than enough reasons, the Land of Cocoa and Chocolate.

The Pacific Coast and the Amazon are the Ecuadorian hotspots for the largest production of cacao, with two main varieties:

Nowadays, Ecuador has returned to the top places of cacao production for its worldwide recognized unique qualities of flavor and aroma. We have positioned ourselves as producers of fine chocolates with over 50 local brands, most of them internationally awarded.

Year after year Ecuadorian chocolatiers, chocolate brands and their finest ingredients win awards and recognitions for their incomparable quality and flavor. Also, renowned worldwide chefs demand Ecuadorian fine aroma cacao as a quality standard for the preparation of chocolate-based dishes. 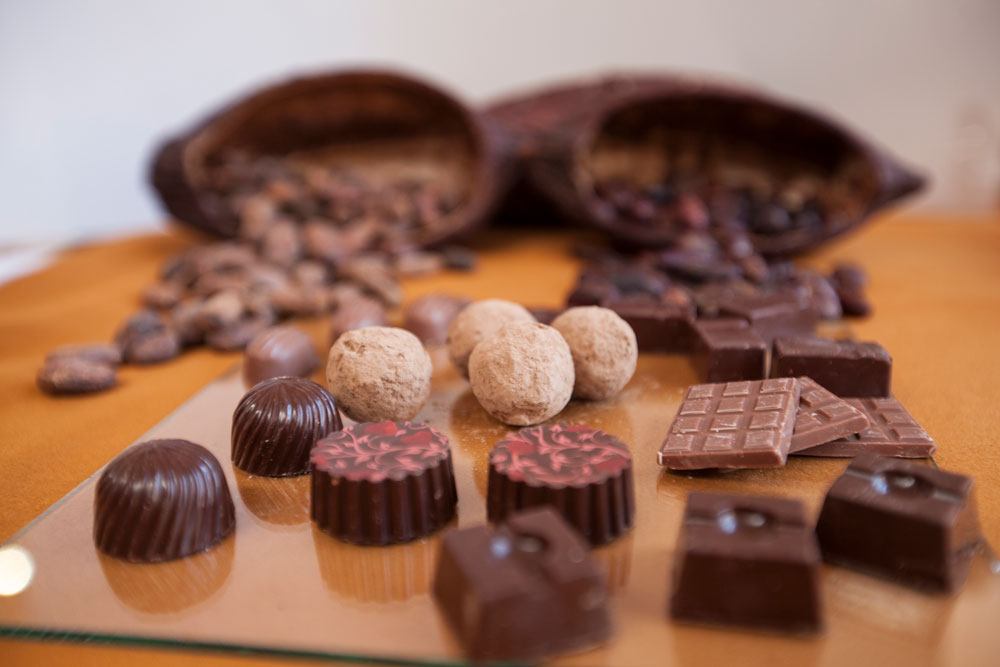